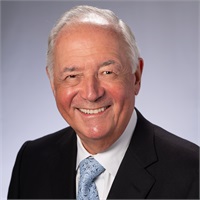 In 1999, Arthur was elected CEO of the National Association of Insurance and Financial Advisors (NAIFA) and served in Washington, D.C., in that capacity through 2002. He co-founded Capital Intelligence Associates with his son Mitchell in 2003.

Arthur holds the Chartered Financial Consultant (ChFC), Chartered Life Underwriter (CLU) and Chartered Advisor in Philanthropy (CAP) designations and is committed to practicing with the highest degree of integrity and ethics. He has received numerous industry awards, been featured in publications such as The Wall Street Journal and Financial Planning magazine, and authored several books. He was named a Five Star Wealth Manager by Los Angeles magazine for 2013, 2014, 2015, 2016, 2017 and 2018.* He was inducted into The American College of Financial Services Alumni Hall of Fame in 2013.

He and his wife, Rini, have four sons and ten grandchildren.

Arthur Kraus is a registered principal with and securities are offered through LPL Financial, member FINRA/SIPC.

*Award based on 10 objective criteria associated with providing quality services to clients such as credentials, experience, and assets under management among other factors. Wealth managers do not pay a fee to be considered or placed on the final list of Five Star Wealth Managers.